At the moment on the beaches in White Sea the water temperature is generally in the zone of discomfort. Swimming in such water will not be enjoyable.

The most popular resorts in White Sea over the past week

The warmest water in White Sea was recorded today in Belomorsk. The water temperature in this location is 60°F. And the coldest in Chupa, its value 51°F.

Indicators of changes in water temperature values throughout the year are important. For the two most popular swimming location in White Sea, the annual schedules look like this: 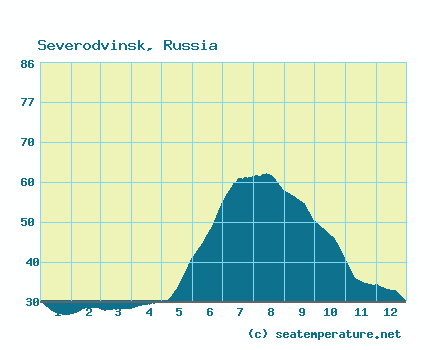 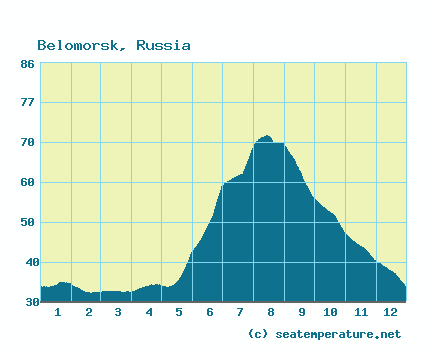 The White Sea is an inland sea in the north of the European part of Russia, belongs to the Arctic Ocean.