At the moment on the beaches in Wadden Sea the water temperature is very low and not suitable for swimming.

The most popular resorts in Wadden Sea over the past week

The warmest water in Wadden Sea was recorded today in Bremerhaven. The water temperature in this location is 49°F. And the coldest in Holwerd, its value 47°F.

Indicators of changes in water temperature values throughout the year are important. For the two most popular swimming location in Wadden Sea, the annual schedules look like this: 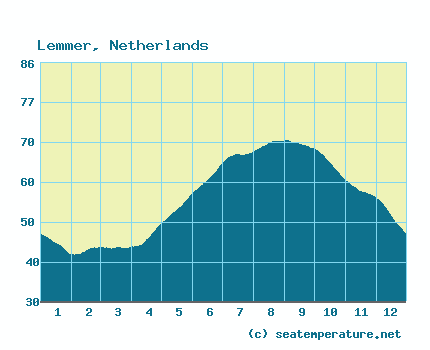 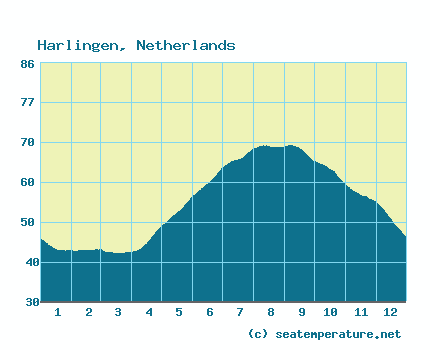 The Wadden Sea is an intermittent succession of watts (shallow sea areas) off the coast of the Netherlands, Germany and Denmark, part of the North Sea, bounded by the Frisian Islands chain.

Usually it is not singled out as an independent, but is considered as part of the North Sea. The name «Wadden Sea» is used as a common noun. Other typical examples of Wadden Seas are San Francisco Bay, Fundy Bay, Korea's Yellow Sea coast.