At the moment on all beaches in Laccadive Sea the water is very warm and comfortable for swimming.

The most popular resorts in Laccadive Sea over the past week

The warmest water in Laccadive Sea was recorded today in Meedhoo. The water temperature in this location is 83°F. And the coldest in Tondi, its value 78°F.

Indicators of changes in water temperature values throughout the year are important. For the two most popular swimming location in Laccadive Sea, the annual schedules look like this: 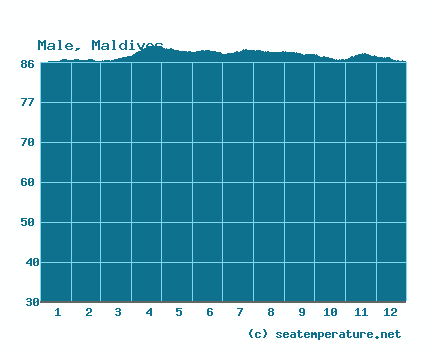 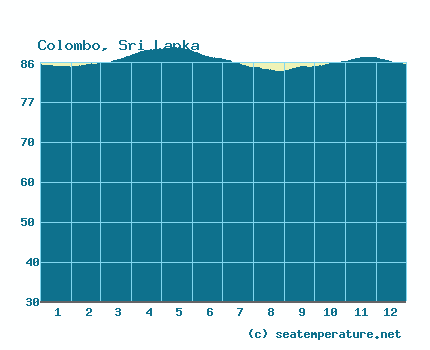 The Laccadive Sea is the marginal sea of ​​the Indian Ocean, between the southwestern part of the Indian subcontinent, the islands of Sri Lanka, the Laccadive and the Maldives. The southern point is Addu Atoll. Area 786 thousand km², average depth 1929 m, naib. 4131 m.

The Laccadive Sea is quite deep. The average depth is about 2 thousand meters. To the south, the bottom drops to a depth of 4 kilometers. Hindustan and Sri Lanka near the Laccadive Sea have a hilly relief, while the islands of the sea are mostly atolls, their height usually does not exceed 4 meters.

Despite the seasonality of the climate, the temperature drops in winter and summer are insignificant (25-30 degrees). Similarly, with the water temperature - the equatorial sun heats the water so that even in winter it is always warm, not lower than 23 °. Because of this, the fauna of the Laccadive Sea is diverse.