At the moment on the beaches in Irish Sea the water temperature is very low and not suitable for swimming.

The most popular resorts in Irish Sea over the past week

The warmest water in Irish Sea was recorded today in Larne. The water temperature in this location is 47°F. And the coldest in Bettystown, its value 44°F.

Indicators of changes in water temperature values throughout the year are important. For the two most popular swimming location in Irish Sea, the annual schedules look like this: 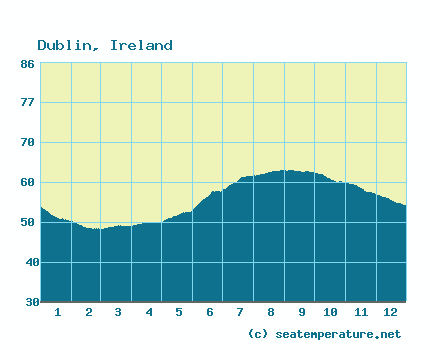 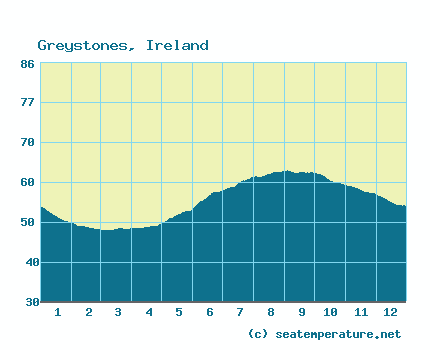 The Irish Sea is a marginal sea of the Atlantic Ocean, located between the islands of Great Britain in the east and Ireland in the west. It washes from the south the coast of Scotland, from the west - the Republic of Ireland and Northern Ireland. Wales is located south of the sea, England is to the east.