At the moment on all beaches in Gulf of Guinea the water is very warm and comfortable for swimming.

The warmest water in Gulf of Guinea was recorded today in Luba. The water temperature in this location is 84°F. And the coldest in Tema, its value 77°F.

Indicators of changes in water temperature values throughout the year are important. For the two most popular swimming location in Gulf of Guinea, the annual schedules look like this: 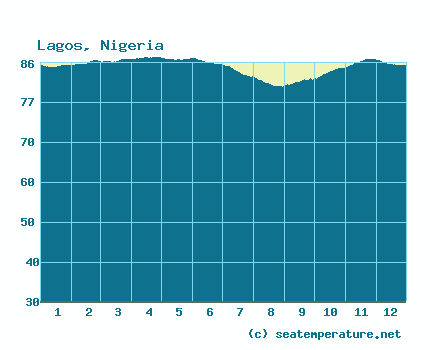 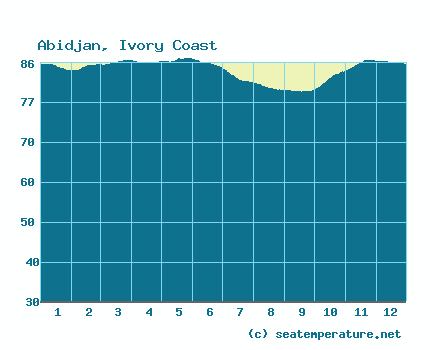 The Gulf of Guinea is the gulf of the Atlantic Ocean that washes the Guinean coast. It juts out into land between Cape Palmas in the north-west and Palmeirinhas in the south-east. The area is 1533 thousand km². The ocean floor forms the Guinea Basin up to 6363 m deep.