At the moment on all beaches in Gulf of California the water is very warm and comfortable for swimming.

The warmest water in Gulf of California was recorded today in Punta Chivato. The water temperature in this location is 88°F. And the coldest in Bahia de los Angeles, its value 82°F.

Indicators of changes in water temperature values throughout the year are important. For the two most popular swimming location in Gulf of California, the annual schedules look like this: 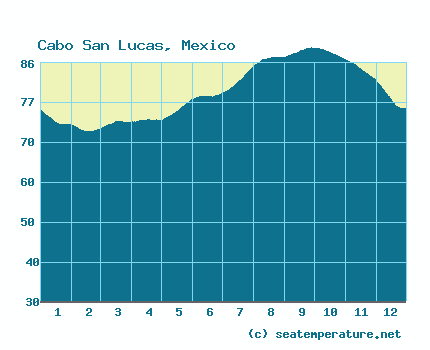 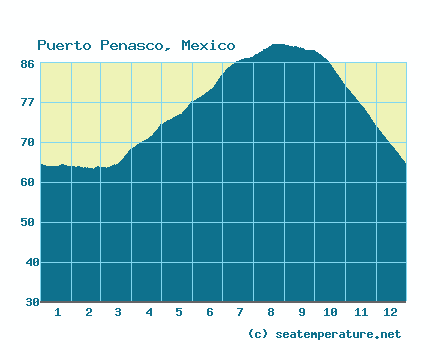 The rather dry subtropical climate did not contribute to the rich development of terrestrial flora here. However, sandy and rocky coastal landscapes are not less attractive beauty. The area of ​​the Sonoran Desert looks especially unusual and picturesque, where the turquoise waters of the ocean come close to the lifeless coast with pink beaches and multi-colored tall rocks of bizarre shapes.