At the moment on the beaches in English Channel the water temperature is very low and not suitable for swimming.

The most popular resorts in English Channel over the past week

The warmest water in English Channel was recorded today in Portscatho. The water temperature in this location is 49°F. And the coldest in Minster on Sea, its value 43°F.

Indicators of changes in water temperature values throughout the year are important. For the two most popular swimming location in English Channel, the annual schedules look like this: 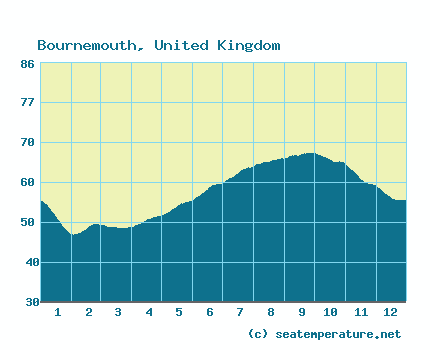 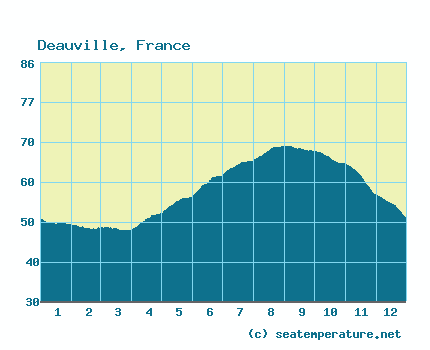 English Channel is the strait between the coast of France and the island of Great Britain. Since 1994, the third longest railway tunnel in the world - Eurotunnel - has been running under the strait.