At the moment on the beaches in Chukchi Sea the water temperature is very low and not suitable for swimming.

The most popular resorts in Chukchi Sea over the past week

Indicators of changes in water temperature values throughout the year are important. For the two most popular swimming location in Chukchi Sea, the annual schedules look like this: 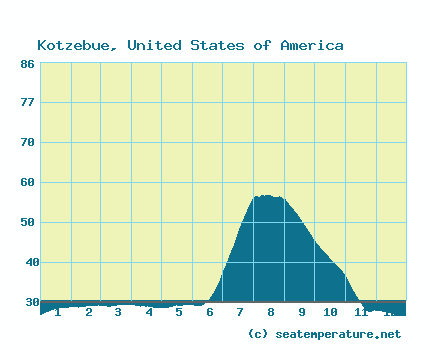