At the moment on all beaches in Bay of Bengal the water is very warm and comfortable for swimming.

The warmest water in Bay of Bengal was recorded today in Rangoon. The water temperature in this location is 87°F. And the coldest in Puri, its value 82°F.

Indicators of changes in water temperature values throughout the year are important. For the two most popular swimming location in Bay of Bengal, the annual schedules look like this: 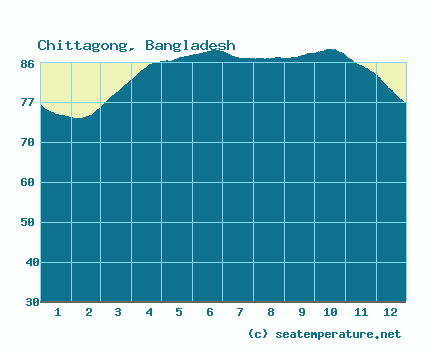 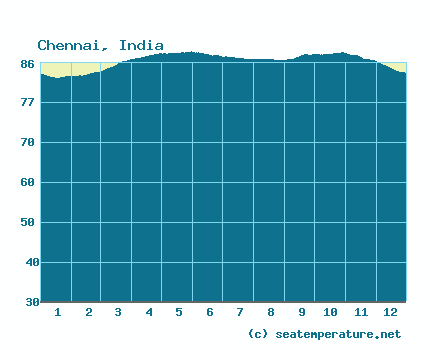 The Bay of Bengal is the largest bay on our planet. And it is located in the northeast of the Indian Ocean, while washing the shores of countries such as India, Myanmar, Sri Lanka and Bangladesh. According to the properties of water and various characteristics, the bay is a sea. That is, it is simultaneously considered both the bay and the marginal sea of ​​the ocean.

From January to October, the air masses formed over the Bay of Bengal move in a northerly direction, and their simultaneous rotation in a clockwise direction, known as East India Current Movement. The consequence of this is the formation of monsoons moving in a northwest direction, falling by the beginning of May on the Nicobar and Andaman Islands and by the end of June on the northeastern coast of India.