Water temperature on the beaches of Tokelau

Most popular locations in Tokelau over the past week

Conditions of sea water on beaches in Tokelau

Now in all beaches in Tokelau, the water is very warm and comfortable for swimming.

The water temperature in Tokelau has dropped over the past 10 days, but increased compared to 30 days ago.

Today the warmest water in Tokelau is recorded in Atafu Village. Its value in this location is 84°F. And the coldest one is in Fale Old Settlement, its value 82°F.

For the two most popular locations for swimming in Tokelau, the graphs of changes in the average water temperature throughout the year are as follows: 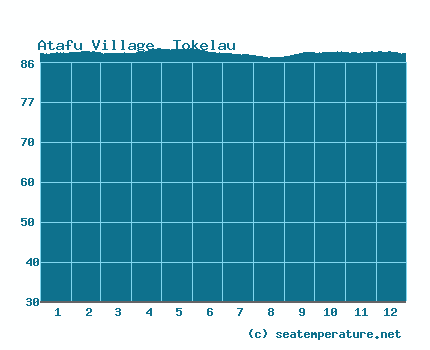 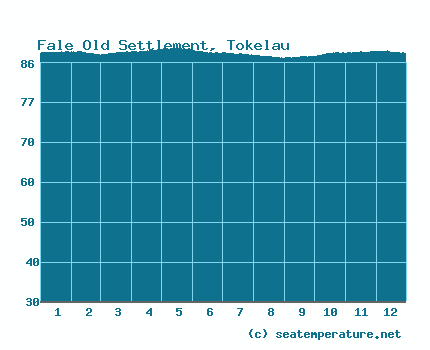 We process, analyze and store data for every beach and city in Tokelau. Below is a table with current weather data and trends in some places of the country.

Tokelau is located in Australia and Oceania. The country is washed by the Pacific Ocean. Tokelau is a small country. To determine the temperature of the water in it, we track only two settlements.

Tropical marine, trade wind. The hot and humid climate of Tokelau is quite difficult for a European because of the high temperature and powerful but irregular showers. Average temperatures keep around the +28 C mark all year round, and in May the daytime temperature often reaches +32 C (the hottest month), and already in July it drops back to +25 o C. The reason for this unusual temperature balance is the eastern and south - Tail trade winds dominating the territory of Tokelau from April to November. The rest of the season is dominated by warm and humid oceanic air masses that have formed over the expanses of the central part of the Pacific Ocean. Precipitation is up to 1000-1500 mm per year, and their nature is irregular. Often there are powerful, but short-term showers, bringing to the islands a monthly rainfall in just a couple of hours. And at the same time, there are frequent periods when heavy, but short-term rains are pretty even all month. At any time of the year, up to 80 mm of rain per day can be expected here, however, from April to November, the amount of precipitation slightly decreases. Tropical storms, once quite rarely affecting the islands of Tokelau, have become noticeably more frequent in recent years. Powerful tropical cyclones (the strongest recorded in 1987, 1990, 1991 and 2005) cause Tokelau great damage, as the waves roll almost freely through the surface of the islands that barely rises above the water. Cyclones and related storms are most likely in December-March, but are possible at almost any time of the year.