Water temperature on the beaches of Singapore

Most popular locations in Singapore over the past week

Conditions of sea water on beaches in Singapore

Now in all beaches in Singapore, the water is very warm and comfortable for swimming.

The water temperature in Singapore has risen over the past 10 days, but has dropped compared to 30 days ago.

Today the warmest water in Singapore is recorded in Singapore. Its value in this location is 84°F. And the coldest one is in Singapore, its value 84°F.

For the two most popular locations for swimming in Singapore, the graphs of changes in the average water temperature throughout the year are as follows: 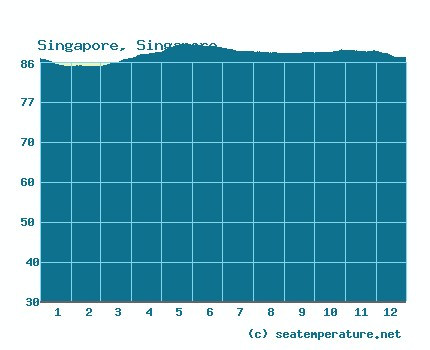 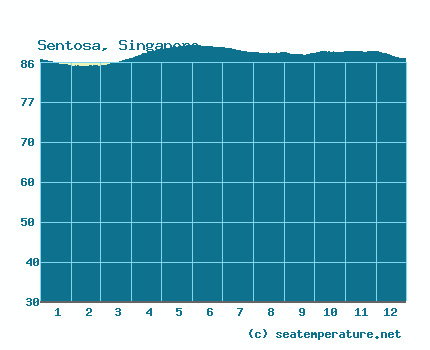 We process, analyze and store data for every beach and city in Singapore. Below is a table with current weather data and trends in some places of the country.

Singapore is located in Asia. The country is washed by the South China Sea. Singapore is a small country. To determine the temperature of the water in it, we track only two settlements.

Equatorial marine, hot and humid. During the year, the air temperature changes little - from + 26 ° С to + 30 ° С all year round. The coolest time of the year is from November to January, when the temperature «drops» to + 24-26°C. Precipitation falls from 600 to 1300 mm per year, mainly from December to March (northeast monsoon) and from June to September (southwest monsoon). Relatively little precipitation occurs between monsoon seasons, but it is usually accompanied by severe thunderstorms and short-term but powerful showers. Relative humidity is kept at 64-96% all year round.