Water temperature on the beaches of Hungary

Most popular locations in Hungary over the past week

Conditions of sea water on beaches in Hungary

Now in the beaches in Hungary, the water temperature is very low and not suitable for swimming.

The water temperature in Hungary tends to decrease, its value has decreased both over the last 10 days and over the month.

Today the warmest water in Hungary is recorded in Balatonfured. Its value in this location is 42°F. And the coldest one is in Budapest, its value 41°F.

For the two most popular locations for swimming in Hungary, the graphs of changes in the average water temperature throughout the year are as follows: 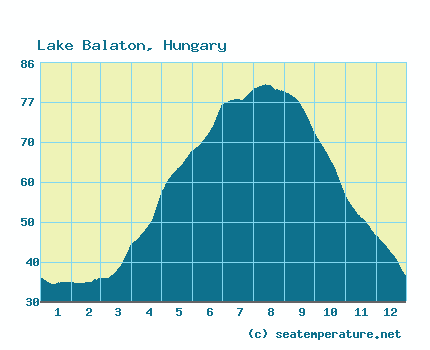 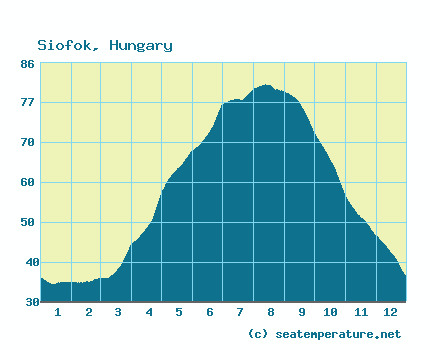 We process, analyze and store data for every beach and city in Hungary. Below is a table with current weather data and trends in some places of the country.

Moderate, relatively dry, with hot summers and fairly cold winters. The average January temperature is about -1 o C, July - about +21 o C. Precipitation falls to 450-900 mm. per year., mainly - in the cold months.

We are ready to provide information on the water temperature in such rivers in Hungary: