Water temperature on the beaches of Germany

Most popular locations in Germany over the past week

Conditions of sea water on beaches in Germany

Now in the beaches in Germany, the water temperature is very low and not suitable for swimming.

The water temperature in Germany tends to decrease, its value has decreased both over the last 10 days and over the month.

Today the warmest water in Germany is recorded in Spiekeroog. Its value in this location is 48°F. And the coldest one is in Krummin, its value 42°F.

For the two most popular locations for swimming in Germany, the graphs of changes in the average water temperature throughout the year are as follows: 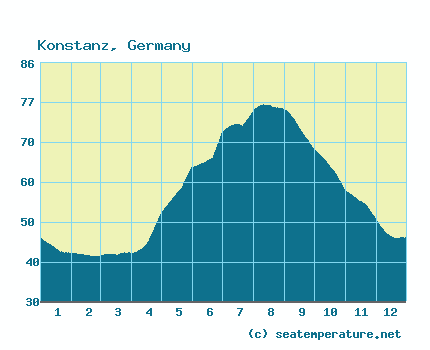 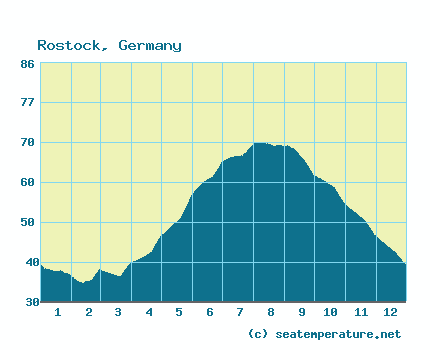 We process, analyze and store data for every beach and city in Germany. Below is a table with current weather data and trends in some places of the country.

Germany's climate is temperate. In the north of the sea, in the rest of the territory it is transitional from sea to continental. The average temperature of the coldest month (January) is from -3ºС to + 2ºС, in July - from + 16ºС to + 20ºС. Moreover, due to the considerable length of the country from north to south and the influence of the seas, temperature differences even in such a relatively small territory are sometimes very significant. The coastal areas are always cooler and wetter than the south, and at the same time, the central regions of the country are famous for their pleasant climate almost all year round. Precipitation is up to 2000 mm per year in the south and up to 710 mm per year in the north, mainly in the autumn-winter period.