Water temperature on the beaches of China

Most popular locations in China over the past week

Conditions of sea water on beaches in China

Now in the beaches in China, the water temperature has different values. There are very cold locations, there are cool places, and there are resorts with warm and comfortable water.

The water temperature in China tends to decrease, its value has decreased both over the last 10 days and over the month.

Today the warmest water in China is recorded in Yinggehai. Its value in this location is 81°F. And the coldest one is in Jianfeng, its value 43°F.

For the two most popular locations for swimming in China, the graphs of changes in the average water temperature throughout the year are as follows: 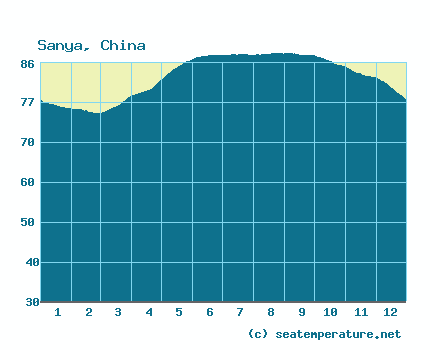 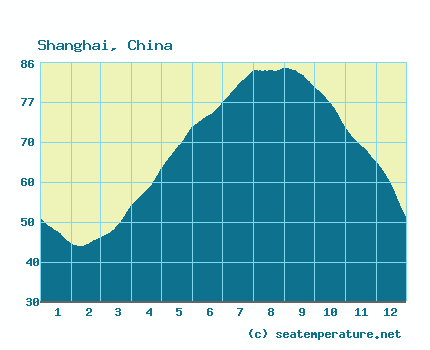 We process, analyze and store data for every beach and city in China. Below is a table with current weather data and trends in some places of the country.

China is in Asia. The country is washed by three seas, such as the East China Sea, the Yellow Sea, and the South China Sea. China is a large resort country and has a long coastline. To determine the temperature of the water in it, we track 219 settlements and resorts.

It varies greatly in different parts of the country within 3 climatic zones: temperate continental (west and north) with hot summers and harsh winters, subtropical in the central regions of the country and tropical monsoon on the south coast and islands. A characteristic feature is the very high humidity in the summer in many central and southern areas. The average temperature in the northern regions in winter is about -7°C (not uncommon and -20°C), in summer about + 22°C and quite dry. In the central part of China in the winter from 0°C to -5°C, in the summer - about + 20°C. In the southern regions in winter from + 6 ° С to + 15 ° С, in summer - above + 25 ° С. The annual rainfall varies from 2000-2500 mm in the south and east, to 50-100 mm in the northern and western regions. In winter and autumn, powerful typhoons in the south and drying winds in the northern and western parts of the country are frequent.