Water temperature on the beaches of British Virgin Islands

Most popular locations in British Virgin Islands over the past week

Conditions of sea water on beaches in British Virgin Islands

Now in all beaches in British Virgin Islands, the water is very warm and comfortable for swimming.

The water temperature in British Virgin Islands tends to decrease, its value has decreased both over the last 10 days and over the month.

Today the warmest water in British Virgin Islands is recorded in Wesley Will. Its value in this location is 82°F. And the coldest one is in Spanish Town, its value 80°F.

For the two most popular locations for swimming in British Virgin Islands, the graphs of changes in the average water temperature throughout the year are as follows: 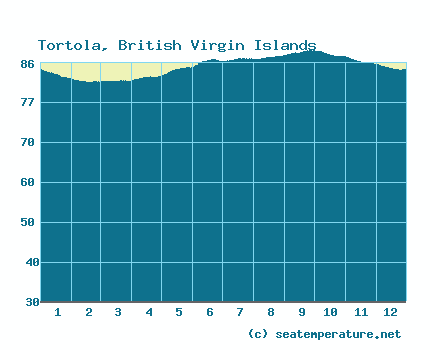 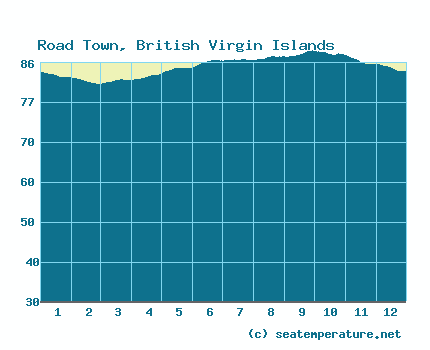 We process, analyze and store data for every beach and city in British Virgin Islands. Below is a table with current weather data and trends in some places of the country.

Tropical marine, trade wind, warm and very even. The average monthly temperature during the year varies slightly - from + 22-24 C in the winter to + 28-29 C in the summer. Daily temperature changes are also weakly traced. Precipitation is up to 1300 mm per year, with two dry (winter and summer) and two rainy (spring and autumn) seasons. The maximum amount of rain falls during the period from September to November-December, although even at this time it is rainy no more than five to six days a month. Between July and October, tropical hurricanes are more likely to pass over the islands, although here they are recorded much less frequently than over the nearby Windward Islands.