Water temperature on the beaches of American Samoa

Most popular locations in American Samoa over the past week

Conditions of sea water on beaches in American Samoa

Now in all beaches in American Samoa, the water is very warm and comfortable for swimming.

The water temperature in American Samoa tends to decrease, its value has decreased both over the last 10 days and over the month.

Today the warmest water in American Samoa is recorded in Aua. Its value in this location is 81°F. And the coldest one is in Taulaga, its value 80°F.

For the two most popular locations for swimming in American Samoa, the graphs of changes in the average water temperature throughout the year are as follows: 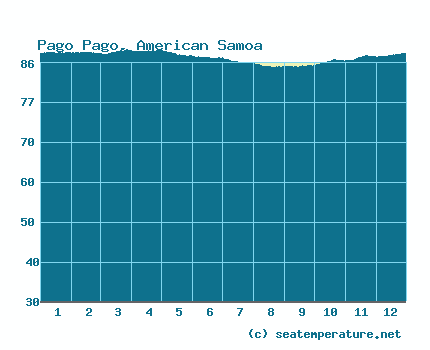 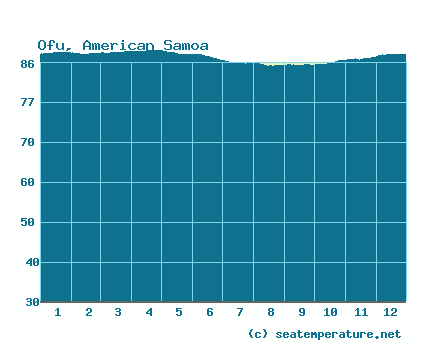 We process, analyze and store data for every beach and city in American Samoa. Below is a table with current weather data and trends in some places of the country.

American Samoa is located in Australia and Oceania. The country is washed by the Pacific Ocean. American Samoa is a small country. To determine the temperature of the water in it, we track a total of nine settlements or resorts.

Tropical marine, trade wind. Rather hot and humid, Samoa's climate is characterized by constantly windy weather. From May to September-October (local winter), the southeast trade winds dominate the islands, changing their direction to the northwest from November to April (summer). From December to March, powerful tropical cyclones (Samoa is located in the “cyclone belt») are frequent, bringing hurricane winds and storms to the islands. Over the past 20 years, about a dozen typhoons have been recorded here, the most powerful of which are Ezo (1981), Tusi (1987), Ofa (1990), Val (1991). ), “This» (2004) and “Olaf» (2005) - caused considerable damage to the local economy. The air temperature is kept around the year +26 oC, in July (the coldest month of the year) the average monthly temperature is about +25 o C, and in December-January it is about +27 o C. Moreover, a characteristic feature of the local climate is a much larger temperature difference between the day and night periods than between winter and summer. Sea water temperature also rarely drops below +24 o C. Precipitation falls on average 3,000 mm per year (from 2,500 mm in the northwestern parts of large islands to 5,000 mm in the central mountainous regions of Tutuil and in the areas adjacent to the Rainmaker volcano). Two seasons stand out - a relatively cool and dry “winter» (from April-May to September-October) and a hotter and wetter “summer» (from November to April). Most rain falls between December and April.