All data are in degrees Celsius. Switch to Fahrenheit
Middle East > Lebanon

Liban Nord: an overview of the state of water on the beaches

Now in all places of the region the water temperature is on the border of comfort. There are places with cool water, there are more or less comfortable ones.

Today the warmest water in the region is recorded in Batroun. Its value in this location is 64°F. And the coldest one is in Tripoli, its value 64°F.

The general trend can be seen on the graph. It shows the change in the average value, calculated at all points in the Liban Nord region over the past two months. 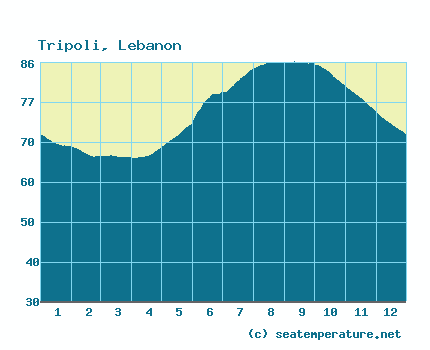 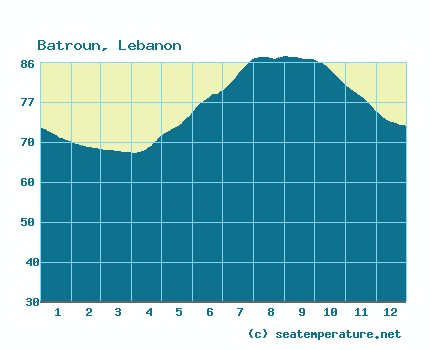